Background of the company

The idea was born at Lumijoki in the early 90's. Local people wanted to utilise the high winds of the coastal district of Lumijoki. The thought was carried further with an aim to build a wind power plant and to sell the electricity to the local owners of the turbine. However there wasn't enough demand for windpower electricity in the Lumijoki area and the project was not realised. The thought lived and was picked up in 1997 by the Dodo ry, an environmental NGO in Finland. A new chance was seen since the liberalisation of the electricity market offered a nation-wide marketing possibility for the project.

Lumituuli Oy as a limited company was founded and registered in February 1998. The ultimate aim of the company is to raise discussion of the possibilities of windpower in Finland. The aim is pursued by building wind generators and by communicating the experiences to the public and decision-makers.

Wind turbines are funded via share emissions which are mainly targeted at private persons. Electricity is only sold to shareholders (and the surplus to Ekosähkö Oy) and thus the concept can be called customer-ownership.

The first stock emission of the company ended 31.8.1998 with excellent results. All 3000 shares of 1250 markkas (210 euros) were sold and Lumituuli now has over one thousand private shareholders on top of the companies and the institutions involved. The first turbine was built in March 1999 to an offshore location in front of the county of Lumijoki. There the annual production of a Vestas 660 kW generator is approximately 1 400 000 kilowatt-hours (kWh). The price of the electricity sold by Lumituuli is competitive in the Finnish electricity markets (for non-electric heated homes). The electricity was priced to cover the depreciation of the initial investment and to yield a roughly 5% return on investment.

The liberalisation has brought about significant changes in the electricity market of Finland. Lumituuli is taking advantage of the opportunity opened for small producers to penetrate the markets with highly differentiated products.

In Northern Finland, Lumituuli was developing an off-shore wind park in Oulunsalo-Hailuoto area near Oulu. Other partners in this project were Metsähallitus (Finnish Forestry Agency) and Propel Voima (a joint wind power developer of regional electricity companies). First plan was to build 75 turbines of 3-5 MW size, then the size was reduced to 25 turbines. However, after 7 years of project development and three years of migratory bird observations the partners agreed that the project could not be realized due to environmental constraints: migratory birds and ice erosion were the main reasons for stopping development.

The markets of wind power

There is only some supply of windpower in the Finnish market at the moment; only 0,1 % of the total consumption was generated from wind in the end of 1999 and in over ten years this has only increased to 0,3 %. This figure was among the lowest in the whole EU. Notably in Denmark the share of windpower was about 9% and the aim of the government there is to raise the share to 50% by the year 2030. Worldwide the annual increase in the installing of new capacity is over 30% (51% in 1999).

The competitiveness of windpower has risen rapidly. The price per kWh dropped 80% from 1981 to 1996. At a good production site the production costs equals that of new coal powered plant. Furthermore the decline of windpower's price is expected to continue whereas the fossil fuels based sources face pressures of CO2 taxes and other environmental taxation. The decline of windpower's price is mainly due to growing unit size of the commercial wind turbines, the largest at the moment being in 5-10 MW size, and to the growing size of installations. Parks of hundreds of individual turbines are being planned.

In principle Finland has wind production potential to cover tens of percents of the country's electricity demand. The greatest potential is located at the seas, seashore and in the mountain fells of Lapland. Due to the technology development the forecast of the windpower industry is excellent. The domestic manufacturing of various components of wind turbines also has a direct employment effect in Finland. Building wind parks also employs local workforce significantly.

Windpower as an investment

In Denmark windpower has attracted a significant amount of capital from private households. Roughly 100 000 Danes own shares of wind parks and in 2012 80 % of the turbines are owned by cooperatives or private people. The aim of Lumituuli Oy is to strengthen the successful concept of customer-ownership in Finland. Lumituuli is one of the biggest crowdfunding successes in the country.

Finland has introduced a feed-in tariff system starting 1.4.2011. The government guarantees a price of 83,5 €/MWh for 12 years. Only completely new wind turbines are allowed into the system. Large development costs, slow regulatory approvals and grid connection costs are still obstacles to wind power adoption in Finland.

Finnish government is reformulating its renewable energy support system in 2015 and the current feed-in tariff is now being closed. Lumituuli turbines were built early enough to get into the feed-in tariff.

Lumituuli issued new shares and subordinated bonds worth over 1,5 million euros in 2012-2014. The company now has about 1200 shareholders. The proceeds were used to re-power its oldest turbine in Lumijoki with a Vestas V90 in 2014. Before the re-powering project Lumituuli built a new Enercon wind turbine in Ii, Northern Finland. This new turbine was inaugurated in March 2014. In 2015, Lumituuli is now a profitable, established wind power producer and developer with bright future and projects in pipeline. 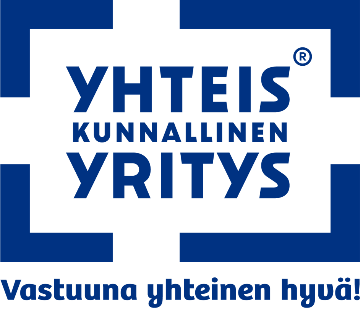